Paulerspury Parish straddles the ancient Roman road of Watling Street (A5) for three miles, extending to the south-east edge of Towcester – originally the Roman settlement, Lactodorum.  The boundary of the Parish, which includes Heathencote, Paulerspury, Pury End and Pury Hill can be seen via the SNC web site – insets 74 and 77. The Parish lies in gently rolling Northamptonshire countryside founded on oolitic limestone and clay with its fertile topsoil supporting a mixture of arable crops, pasture and woodland.

Boudicca’s last stand is believed to have taken place within the Parish, since Tacitus’ history accurately describes local geographical features. Suetonius Paulinus’s forward base was probably Lactodorum since it was not sacked. Boudicca with her forces and supporters swept up Watling Street from St Albans and the final battle was likely fought on the slopes below Toothill, opposite Cuttle Mill. Tactical clearing of trees by the Romans funnelled the Britons and led to an impasse, creating confusion and Boudicca’s defeat.

Mid 5th century, at the time most of the Romans were leaving Britain, a massacre of Britons took place here. A large Roman villa, now underneath a lake in Wakefield Lodge grounds, was burnt and destroyed – possibly during an early Saxon raid.

Records in the Domesday Book for ‘Pirie’, the Anglo Saxon word for pear orchard, suggest Paulerspury and Pury End were originally five small settlements. Plumpton End, Church End and Tews End became combined, but Pury End retained a separate identity due to its location. William the Conqueror gave the Lordship of Pirie to his natural son William Peverell, founder and Abbot of St James’ Abbey, near Northampton. From the Peverell descendants the Lordship passed to Robert de Pavely, and thence to his descendants from whom Paulerspury’s name derives: ‘Pavely’s–Pirie’.

The Royal Forest of Whittlewood, where Kings of England hunted throughout the Middle Ages, extended into the Parish. It was one of the great Royal Forests of England and conditioned Paulerspury as a ‘forest village’ from the Conquest to the disestablishment of Royal Forests in 1856. Villagers had important privileges of woodcutting and pig-pasture in these woods and sarts (patches of land).

Pirie’s population of 33 in the 13th century increased to 130 by the late 17th century and to 850 by the early 19th century. Today’s population is roughly equal to that of the late 19th century when the 1200 strong community’s industry included shopkeepers, butchers, lace makers, wheelwrights, blacksmiths, shoemakers, millers, and stonemasons, among its trades.

Hundreds of lace makers settled in this part of the country from 1563 onwards, bringing their lace making industry with them. They came initially from the Low Countries and later from France to escape religious persecution.

Dr William Carey, the renowned philanthropist and Baptist Evangelist, was born in Pury End in 1761. He spent his childhood in the parish but made his name by setting up the Baptist Missionary Movement in India as well as introducing many new technologies to the country. He landed in India in 1793 and is acknowledged as the central character in the story of India’s modernisation. Two churches remain in the Parish – both in Paulerspury: St James the Great, dating from the 13th century – substantially rebuilt around 1840; and the United Reformed Church, built in 1826 as an independent chapel, then formed into a church in 1844.

By the mid 1800’s the parish was over populated, with poverty a serious problem. Two cottages in Pury End were converted into a workhouse in 1832, and in 1835 a group of senior parishioners borrowed £100 from the Poor Law Commission to send about a dozen adults and children to North America. But worse was to come!

The London to Birmingham railway opened in 1838. Speed had been all-important in coaching competition, when teams of horses were changed in a few minutes at the inns. With transport removed to rail, the army of innkeepers, ostlers, blacksmiths, and staff that serviced the coaching industry was no longer required. Wealth and industry that had resulted from growth of coach and carrier traffic on Watling Street then dwindled.

Bread was doled out for more than a century, with coal, clothing and other charities providing assistance until only a few decades ago. Lepper’s, Marriott and Nicholl’s, and Spinnal’s Charities are among the better known, the latter giving rise to Paulerspury’s recreation field.

Paulerspury became well known for its pillow lace making. Lace dealer Elizabeth Rose and her son Edward dominated the trade. Edward lived in the High Street and carried on dealing until his death in the 1870’s. His widow was not interested in continuing the business and the industry declined. Then a new Rector, John Harrison, arrived with his wife. Ella Harrison recognised the potential of lace making to help alleviate local poverty and set about reviving the village lace industry using her own money, kindness and a humanitarian approach. She organised a collective of lace makers, funded lace as it was produced, and paid for its delivery. In her charitable way she assisted the growth of a significant industry with some £600 – £700 passing annually through her hands to the 150 or so lace makers in the parish.

Resulting work was viewed by the future Queen Mary at an exhibition in Northampton in 1891, and later shown at the Victoria and Albert Museum. Ella continued to help the industry until 1910 when her husband died and she left the parish. There were still 100 lace makers in the village in the 1920s but the industry was in sharp decline due to competition from Nottingham’s cheaper, machine-made lace, distributed via the extensive rail network.

Travelling through the Parish today, commencing in Grays Lane Paulerspury, many reminders of its colourful past are evident. The village symbol on the first green, a cast crown of pears, symbolises the ancient Pirie. On the right just past Longcroft Lane stands Old Roses cottage where Edward Rose lived and worked. The United Reformed Church stands on the left then, around the corner, an impressive three-storey building in limestone ashlar with ironstone dressings comes into view on the right. The Hunt House, built about 1840, was formerly a farmhouse and head-quartered the Grafton Hunt. Today it houses the archives of the Sir Henry Royce Foundation, and is where the Rolls Royce Enthusiasts Club provides meetings and seminars for its members.

Further along the High Street, past the Old Hunt House, is Paulerspury’s popular and well-respected village primary school. Edmund Carey, William Carey’s father, served as parish clerk and schoolmaster here for nearly fifty years. After his death in 1816 the school was repaired and Edward Billing appointed master. By 1821 the school was very successful with 68 boys in day school and 90 at Sunday school, giving rise to Billing’s appointment in 1824 as master of the central school at Northampton. Paulerspury School was rebuilt and reorganised in 1860-1, providing the striking Victorian Gothic stone building complete with clock tower – renovated at the New Millennium.

Paulerspury’s only remaining pub, the Barley Mow, an 18th century listed building in painted limestone under a slate roof, stands on the left next to Spinnal’s Field – the village recreation ground. Adjoining Spinnal’s Field is Paulerspury’s well-utilised Village Hall, a large modern building constructed in 1991/2 from community and public funds to replace a smaller hall erected by the community in 1959.

Past the second green is St James the Great, heralded at the War Memorial by a magnificent carving of The Crucifixion – a sight more usual in French villages. Inside the church are 13th century wooden effigies – some of the finest and oldest in the county – of Crusader Knight, Sir Laurence De Pavely and his wife. Black and white marble tombs commemorate Sir Arthur Throckmorton and his wife. In Tudor and Elizabethan times the Throckmortons were politically active; Sir Arthur’s sister, Bess, married Sir Walter Raleigh. Behind the Altar stands the triptych reredos erected in 1898, a gift from Reverend John Harrison. Made in oak with mahogany panels, this hinged screen was painted by Nathaniel H. J. Westlake F.S.A.

Beyond the church lies open pasture known as the Warren that separates Paulerspury from Pury End. The Warren was originally a piece of land for breeding, and the right to hunt, game. On this now open site, until the end of the 18th century, stood the Manor House of Paulerspury, built by Sir Nicholas Throckmorton in the 16th century. He created elaborate gardens and paved walks around the house, with fruit trees, vines, and water features. Traces of terracing can still be seen on the lower slopes.

Approaching Pury End, a brook flows northeast to cross the A5 under the Roman bridge at Cuttle Mill, where corn was ground by water-power for decades until steam took over. In the meadow on the right hand side of the road a footpath to Cuttle Mill follows the line of the brook. From this path, about two hundred metres from the road, remnants of the banks and dam, which formed a mediaeval fish pond  are still evident. The road forks right and becomes Careys Road, which then turns left into what used to be a direct route from Whittlebury to Watling Street. At the T-junction with Westy Road a stone cairn and plaque marks William Carey’s birthplace – the original cottage long gone. Leaving Pury End, Westy Road passes the active stone quarry that has, over centuries, yielded much of the local building material. At the junction with Cowpastures a bridleway follows the old direct route to Towcester via Wood Burcote.

Turning off the A5 towards Heathencote’s ancient stone farm buildings, the new Towcester Racecourse building can be seen across the fields. Shining white in the sun like a ‘fairy castle’, the Racecourse building is in complete contrast to the converted stone barns and traditionally styled, courtyard buildings of the Pury Hill business complex.

Paulerspury Parish is steeped in history, yet remains lively and aware of its future potential. From broadswords to broadband, Paulerspury’s heritage continues to develop. 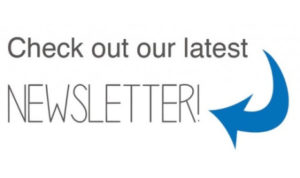 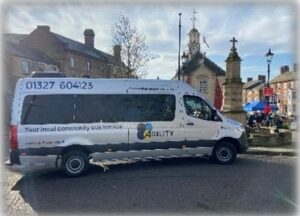